The increase of transit on city and surroundings has affected to companies adversely, above all the timely arrival of employees to workplaces. Due to delays, the companies have seen affected by operational absences and therefore, by decreasing in daily output.
So by lacking effective solutions to troubles of public transport, owners of Factories and Companies have taken actions and alternatives to lower the transport crisis.
This is why they evaluate hiring of private service of micros and minibuses (called charter) in order to their workers arrive timely so avoiding tardiness and what is still worst, excused absences.

Importance of Charter’ Routes and its Impact on Daily Life: 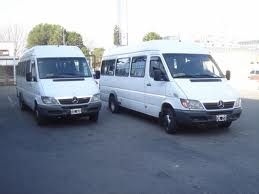 Another main protagonists who has been directly affected, is the environment:

All this excessive traffic produces a huge emission to atmosphere of toxic gases which are harming slowly and exponentially both people and flora and fauna, as well as to natural resources like water and foods.

This is why on TRAVELVANS we think on the Companies, their staff and on the city by offering new choices of metropolitan transfers. We encourage to a decreasing in use of particular cars by proposing rather a collective transport system as a way of mobilization more efficient.

As an alternative, we plan every detail of charter course seeking by needs and employees’ labor commitments and accompany them throughout their workday.